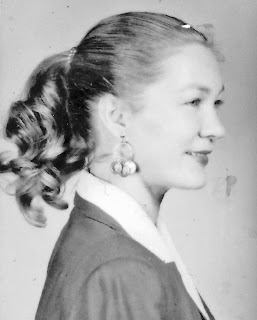 My Memories of Betty Head
By Barbara Ellers

I met Betty in 1993, shortly after moving into a home in Orlando in the Granada Villas community. Her brother, Leonard (Len) Johnson, was my next door neighbor, and I felt as if I’d known them forever from the first meeting. Betty and her husband Arthur lived in Lake Placid, Florida, but they visited Leonard frequently and stayed for several days. It was on one of those visits that I met Betty. Betty was only a year older than Len, but their relationship was more like many identical twins share.  The two of them were individually funny and together hilarious. Len’s gift was telling stories (many made up on the spot), and Betty’s was the quick comeback.  We’ve all thought of a good rejoinder after the fact, but Betty just said what she needed to say when it counted.

Leonard loved to cook and to entertain, so Thanksgiving was a great opportunity to have a party with family and friends. Betty was a good cook in her own right, but when Len was around, she played the part of Len’s reluctant assistant. I don’t remember much about the dinner that day because the show was watching the two of them cooking together. It was a little like watching a Marx Brothers movie except that they weren’t trying to be funny.  We were all sipping wine or Scotch, and as the afternoon passed, so did the miscommunications, preparation duplications, and omissions.  Over the years, I spent many hours with them in one of our kitchens, and it was always good for laughs and storytelling.

In 1998, my mother, Erna then 84, moved in with me after a series of illnesses. Betty and my mother liked each other immediately since they both loved to laugh and had common interests. They loved to play cards, Cribbage mostly, and do crossword puzzles. Betty and Art felt a bit isolated when the snowbirds in their community went back north for the summer, so they often came to Orlando to stay with us for a few days and pass time playing Cribbage and reminiscing about their childhoods. They grew up in similar circumstances and loved to tell stories about their misadventures growing up.  When Len moved to Seattle in 2000 to live with his daughter, Art and Betty made frequent trips to Orlando to visit us.

In 2005, Arthur died after a short illness, and we invited Betty for extended stays with us.  I was working long hours on a project, and Betty helped me take care of my mother, who was growing more frail and couldn’t be left alone for more than an hour or so. I hired someone to come in for a few hours each day to help her, but my mother relied more on Betty to be with her. This was a difficult time for my mother and me, and Betty’s friendship was a godsend to us. I could not have managed my job and mother during this time without her help, and I told her so many times.  My hope is that she didn’t think that those were just words.
In August 2006, my mother died from coronary heart failure, and shortly after, I asked Betty if she would like to move in with me. She was growing fearful of living alone in a half-deserted community during the summers, and I had a bedroom for her to move in to.  She was like an older sister or aunt to me because she was so young-at-heart and in her thinking.  To me and many others, she looked and acted like someone much younger. My friends quickly became her friends, and my cats adopted her. In fact, they often preferred to sit on her lap, the turncoats! To her, they were “the children.” Mia, a sweet gentle thing, would wait at her bedroom door every morning and greet her with a little purr and the expectation of a tummy rub. Betty played and protected them as if they were her own. They loved the attention and competed for her brushings.  In the past few months since her death, I’ve noticed that they go into her old room and sniff around looking for her.

Betty had a passion for music, and she had a remarkable ability to recall the lyrics of hundreds of songs, mostly the 30’s and 40’s. She also wrote her own lyrics and melodies on scraps of paper and saved them in her collection of mementos.  About two years ago, her close friend June introduced her friend Stacy who is a musician.  Stacey scored some of her songs for her so that she would have something more formal to document her talents.  She had never learned to read music, but she always wanted a keyboard to play her songs by ear. Last year, she and I bought my neighbor’s piano, and, at 94, she taught herself to play her songs with both hands. She practiced by herself, and one day I came home from work, and she surprised me with one of her songs!  That was a lesson to me that one is never too old to accomplish new things.


We all miss her and think of her often.  I wish that everyone would have someone like Betty in their lives. The world would be better for it. 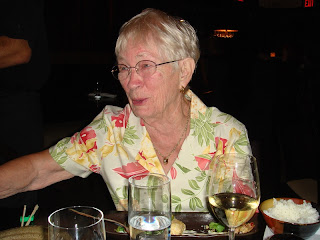 Betty was one of a kind human being. She will long be remembered as a gentle good friend and for her unique sense of humor. She will always be in our hearts. Love you Betty!

Barbara - That is a beautiful tribute to our sweet little friend, Betty. I know everyone misses this precious little lady. I'm thankful to have met and known this one-of-a-kind lady. Although I only knew her for a few years, each visit was delightful. Her personality, including her storytelling and humor, made each encounter engaging and entertaining. Thank you for being such a devoted friend to Betty, I know that made the last decade of her life all-the-more meaningful and purposeful. Lindy

Betty was such a good friend and so much fun to be around..I realized late in our friendship how talented she was. She enjoyed good music, and wrote beautiful lyrics and put a lot of her writing to music. She also wrote beautiful limbricks .. Funny not risqué ..

May you finally rest in peace in a heavenly place...in the arms of all your loved one you lost way soon.

I miss you and will always have you in my heart. Caryl