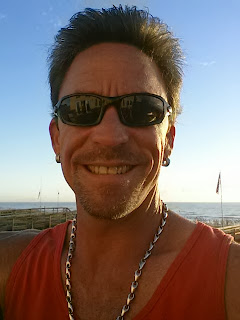 Brian passed away on November 16th, 2013 due to complications of diabetes.

He was the proud father of Lance and Justin Dunham.  He was preceded in death by his mother Myrna Dunham, brothers Mark and Lance.  He is survived by his father Larry Dunham, sisters Catherine, Cheryl, and Caryn.  Nieces and nephews, Nicole, Jacob, Shayna Elianna, Alexandra, Tay, Jayden, and Artayzia. 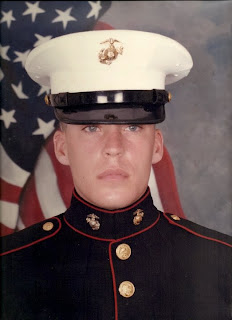 Brian grew up in Fairview Park, Ohio before joining the military.  After graduating from high school, he served in the Navy for two years and then followed his passion by becoming a U. S. Marine.  He served for four years and wanted to re-enlist and at this time he found out he was diabetic.  He received an honorable discharge.

Eventually, he followed his sister Cathy to Tucson, Arizona to attend college for marine biology.  A few years later, yearning to be close to the water, Brian moved to Orlando, Florida with his sisters Cheryl and Caryn.  He then started a career in the timeshare industry.

Brian loved riding his motorcycle, scuba diving, and eating!  He had a funny sense of humor, sometimes quite sarcastic.  He was passionate about his beliefs.  Rule #1- Brian was always right!   Rule #2 - Refer to Rule #1! 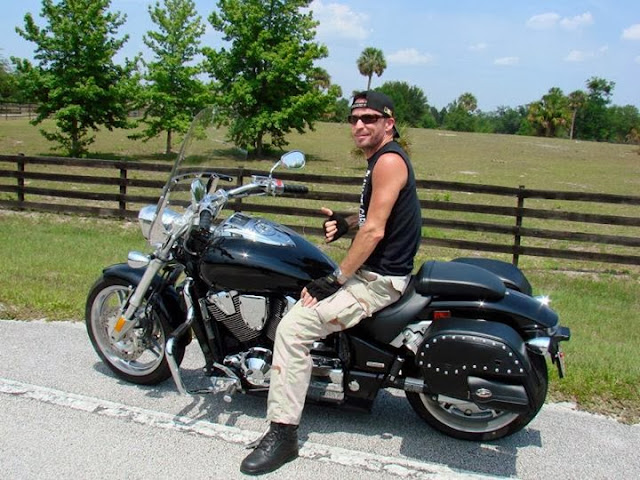 Brother Brian you are truly loved and greatly missed. Your memory will live on forever as you will in Life Everlasting. My pain is lightened knowing you are no longer in pain. You were the best brother anyone could ask for. Love your #2 sis.

Well brother, you certainly left a lot of broken hearts behind. But, I do have solace in knowing that you told me you had the best week of your life just two weeks before your passing. You are forever missed and loved although I know you're in good company. You are one more angel to watch over and protect us. Save me a good spot! Love ya, Caryn

My dearest baby brother . You lived hard, played hard! You are no longer in pain and finally at peace. Please be one of the guardian angels to watch over the loved ones left behind. I have always loved and wanted the best for you! Love ya, Your big sis Cathy!

My Dear Sweet Brian,
1984 Lakewood High School...Our senior year...Our eyes met...we smiled at each other...the beginning of what we now know as a life long bond. Even though I had to turn you down for prom, we still became great friends! We were blessed to have shared a little time together before you left for the Navy. Life events and time separated us for almost 27 years. Thanks to technology today and Facebook we were able to reunite. It was truly amazing to get back in touch and find out that the friendship we shared in high school was just as strong today. It was like not even a day had passed. We spent hours sharing our life's events. We shared our passion for music, the "valley", the ocean, for food (that I love to cook and you love to eat) and for the joy of riding! I had never met anyone so honest and so supportive until I met you! Thank you for giving me the strength I needed and allowing me to be there for you when you needed someone too. We shared our tears...We shared our laughter...But most of all...We shared our Love...Unconditional Love and Understanding. You will always be my best friend and soul mate! I Miss You........
I Will Love You Forever and Always! ILUTMLBB!
Love, Marina

When I think of Brian, I remember a wonderful young man I spent a lot of time with in Arizona who was very loyal to his friends, was quick to laugh and loved nothing more than to ride with the wind in his hair -- and back then, he had lots of it. I feel so grateful that he was my step-brother and a part of my life. Now, I like to think that he is just on his next
adventure, riding with his shades pulled tight, the wind in his hair and his back to the sun. Miss you, Brian. Shawn

My sincere condolences on your loss. Though this may be a difficult time for you, I wanted to share some Bible scriptures that may be comforting while you endure this loss. John 5:28,29 "for the hour is coming in which all those in the memorial tombs will hear his voice and come out, [...] to a resurrection of life". It is hard to lose a loved one because there is never a "good time" for it to happen. We always have things we wanted to say, we are left with wanting to see our loved ones one more time and hug them, kiss them, and just simply talk to them. The above scripture gives us hope that that will be possible because God himself has promised it (Revelations 21:4, Acts 24:15). www.JW.org
I hope these words can comfort you some, though I know they cannot take away your pain. Thank you kindly for allowing me to share these thoughts with your family.

I first met you with the Caretakers ME, you were eccentric, funny, smiley, and just a positive person to be around. It didn't take long for you and I to become GREAT friends. I am overjoyed that you got to spend Thanksgiving (passing out in Shaun's recliner) and Christmas with my friends and family, my dad thought you were the greatest thing since sliced bread and you taught him the meaning of 'real' drinking. I use to come and see you weekly to check up, hang out, and just have someone to talk to when life was getting me down. I always knew I could count on you to pick me back up. You were an amazing man, friend, and veteran. You will be greatly missed by all the Caretakers that got to know you. But, the special bond you and I shared makes it hard to accept you are gone. I love you Space Cowboy.-Kelly aka Entertainment